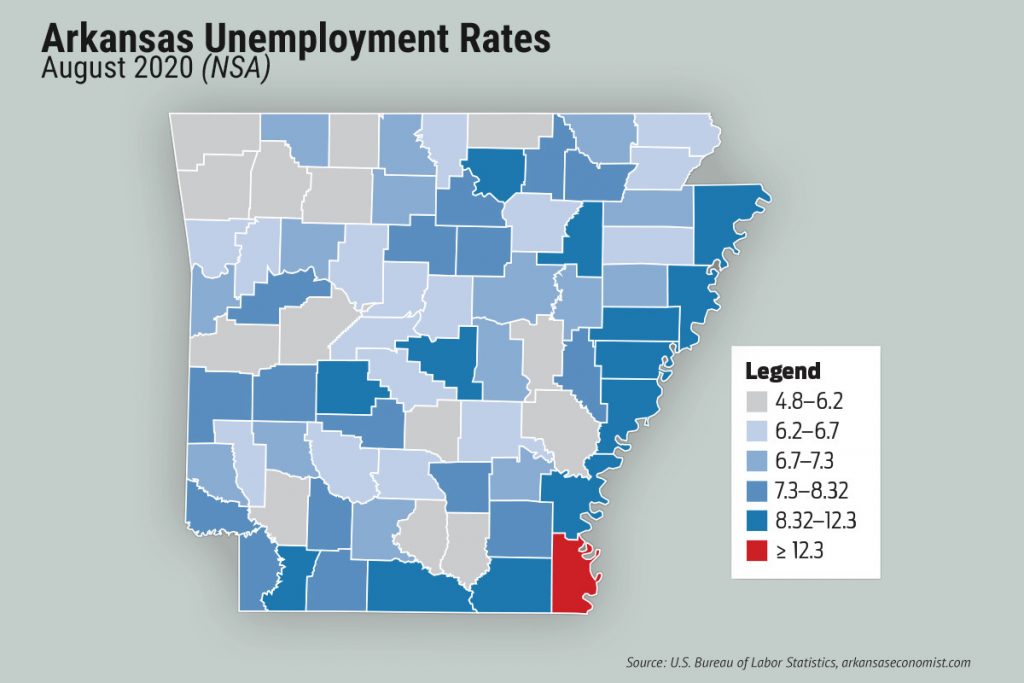 All but two of Arkansas’ metro areas saw increases in unemployment for the month of August. In that same time, unemployment declined in the majority of the state’s counties.

The “unemployment statistics seem to suggest that non-metro parts of the state showed relative improvement in August,” Dr. Michael Pakko reported on his blog, arkansaseconomist.com. 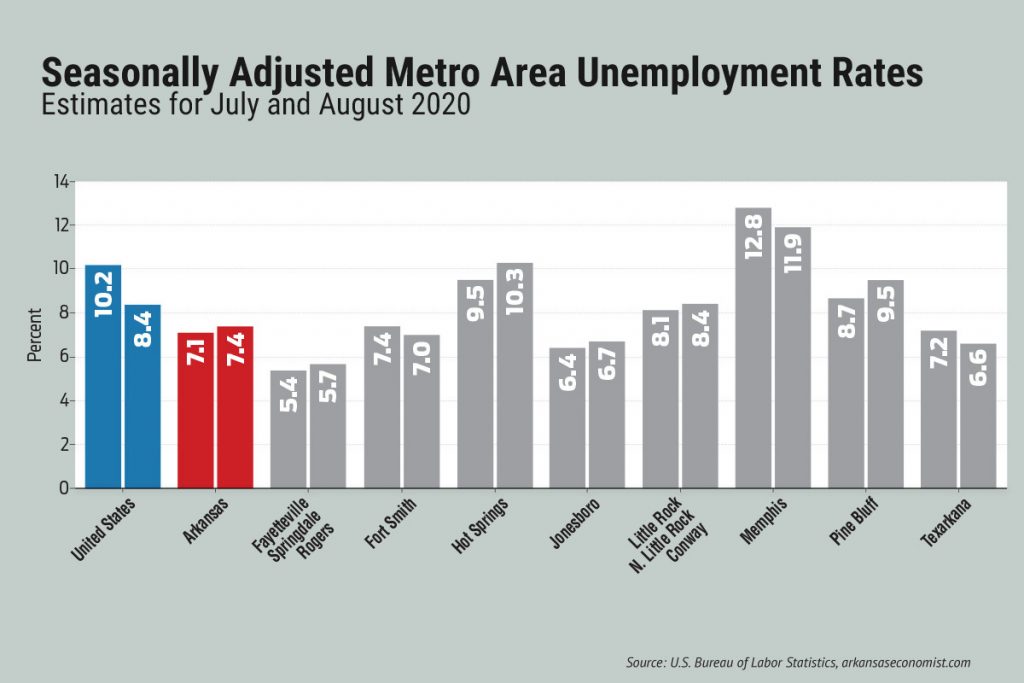