Deaths outpace births in Arkansas; COVID a factor from ’20 to ’21

Deaths outpaced births in Arkansas from 2020 to 2021, according to U.S. Census Bureau estimates, for a variety of reasons, including the covid-19 pandemic, an aging population and where people choose to raise families and to retire.

“What’s different this year is death numbers are going to be a lot higher due to some of the deaths from covid-19, [but] it’s not all that,” Wright said.

The Central Arkansas and Jonesboro metropolitan areas recorded growth, while cities and counties throughout the Delta took some of the largest population hits, according to the 2020 data.

Benton and Washington counties had the state’s most births over deaths, 294 and 257, respectively, keeping with the region’s ongoing growth over the past decade, according to census data.

From 2000 to 2010, growth in the six-county Central Arkansas metropolitan area was fueled by migration more than by births outnumbering deaths, but census data from 2010 to 2020 show a reversal, with natural growth outpacing migration into the region by 29,384 to 18,890.

“If this is a reversal and if it continues, something has qualitatively changed,” said Jonathan Lupton, a senior planner for Metroplan, the transportation planning agency for Central Arkansas. “It’s possible, but it’s too early to know.” Wright noted that births in Pulaski County have usually outpaced deaths to the point of creating a net population gain, but that changed from 2020 to 2021. 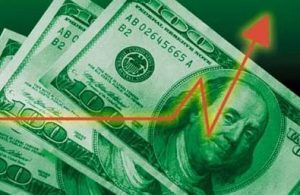 Experts warn of interest rates when applying for credit cards