Necessary for the plan’s success is continued public involvement.

On Wednesday, March 24, a meeting was held to discuss planning and tourism. About a dozen city officials and Jasper business leaders gathered at City Hall to discuss the possible passage of a tax on the sale of prepared food.

Also attending the meeting was Matt Bell, executive director of the Harrison Convention and Visitors Bureau (CVB). He explained how the CVB is funded through a voter-approved sales taxes on hotel/motel rooms and prepared food in Harrison. Most of that revenue is used to promote the city, to recruit more conventions to the city and fund festivals to draws visitors.

Also, there is a 3% tax on the portion of the gross receipts or gross proceeds received from the renting, leasing or otherwise furnishing of hotel, motel, or short-term condominium rental accommodations for sleeping, meeting, or party room facilities for profit in Harrison. But not included is the rental or lease of such accommodations for periods of 30 days or more.

A City Advertising & Tourism Promotion Commission (CATPC) sets forth guidelines for any expenditure of the funds collected, Bell explained. Payment of the tax is made directly to his office and any expenditure must be approved by the commission that functions autonomously.

Funds could be expended on whatever the commission deems tourism-worthy, Bell said.

How Jasper sets up its commission would be established in an ordinance.

Jasper Mayor Jan Larson said tourism is the heart of Jasper’s economy. However, the municipal government does not have funds to legally promote or fund special events that would bring more visitors to the town and the surrounding area. A hamburger tax would make that possible.

There are limitations for what the tax can be spent on. Larson said though there is a need for public restrooms in town, these funds cannot be used to build them.

Larson said the state already collects a 2% tax on nightly bed rentals for tourism promotion, and city officials do not want to add on another tax on those businesses.

City council has the authority to impose by ordinance a hamburger tax up to 3% without holding an election. City council members Todd Parker and Lindsey Graham said 1% would be all that the council would consider, if the businesses support it.

Graham told the business owners the council wants to hear what they have to say.

Russ Todd, of the Ozark Cafe; Francis Zemlick, of the Blue Mountain Bakery and Cafe; Julie Rogers and Sam Ashcraft, of Subway; Bubba Loyd, of Bubba’s Buffalo River Store and Ernie Yeager, of the Junction Quick Stop, didn’t oppose the proposal outright. Some voiced concern for their local customers, some of whom make up 50 percent of their average week’s business. Tourists, they said would pay the tax without complaint.

Some said it would mean more work for them because they would have to separate the tax on prepared food from taxes on other merchandise their businesses sell. “That would be a headache for me,” said Yeager.

It was noted that the sales tax in Jasper now total 9.5%. The tax would rise above 10%. However, it was argued, residents would be the beneficiary.

The business people focused their comments on growing expenses they are experiencing as the country begins to transition out of the COVID-19 pandemic.

They pointed out gasoline prices had dropped below $1 a gallon in some localities during the early months of the pandemic and have now rebounded to pre-pandemic prices.

Now, people are beginning to drive their cars more, air travel has picked up along with other transportation services many involving the distribution of the COVID-19 vaccines. Supplies of fuel were curtailed during the slowdown and then extreme late winter weather prevented quick response to the growing demand.

High fuel costs could generate more business from in-state visitors, Bell pointed out, as they might be reluctant to drive to more distant destinations.

Similarly food costs are increasing. That could reduce the number of menu offerings or raise their prices.

Some said they are in need of employees and were mindful that the minimum wage increased during the pandemic.

Many people around the country lost their jobs or had to work fewer hours due to the pandemic. Government stimulus payments, and assistance through the Paycheck Protection Program are helping keep some workers at home. Some parents gave up work in order to stay at home because their children are taking school classes digitally because in-person learning was and continues to be limited. High school students are giving up jobs in order to spend more time studying to keep up their grades.

Gov. Asa Hutchinson extended the state’s public health emergency until March 31, at which time the state’s mask mandate will end provided certain goals are met. Public health directives will be considered guidelines, meaning they are recommendations without penalties.

The future is uncertain.

How much money would a hamburger tax generate in Jasper? That was the question no one could answer Wednesday afternoon and one that Bell said needs to be answered first before any decisions are made.

Considered a living document, Jasper’s Future Strategic Community Plan may be revised as circumstances dictate. The plan was in its final draft when the COVID-19 pandemic broke out world-wide.

Stated in comments appearing at the end of the plan, “While all of these challenges and recommendations still need to be implemented, the effects of the pandemic will cause more issues that communities large and small will need to address. Disaster recovery and resiliency plans will need to be created or adjusted to address the economic and health aspects of an emergency of this scale.” 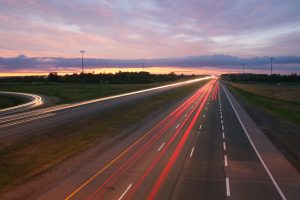