Leaders of the U.S. Marshals Museum expect the museum to attract more than 100,000 people per year and pump millions of dollars into the local economy once it opens.

Patrick Weeks, president and CEO of the museum, and Alice Alt, president of the U.S. Marshals Museum Foundation, gave a presentation on the museum to the Fort Smith Advertising and Promotions Commission during its meeting Tuesday.

Weeks said the museum has done many studies to understand what the venue means to the city, region and state from a tourism perspective.

The museum expects annual attendance of 125,576 people during a typical year based on data provided by Leisure Development Partners, a consulting practice headquartered in London, via a feasibility study in the fall of 2018. This figure is provided the museum markets itself appropriately and accounts for both local residents and domestic and international tourism.

The first couple of years after opening are expected to overperform in comparison with a stabilized year, according to Weeks.

“That first year and that second year, that’s going to be a lot of locals,” Weeks said. “Everybody that’s been waiting for this to come, we’re going to have them show up.”

People from outside the region will account for much more of the museum’s visitors — somewhere around 100,000 out-of-towners — after the first couple of years, he said.

The Arkansas Economic Development Institute, using the information provided in the feasibility study, estimated the museum and related tourist expenditures will have a total annual impact of $13 million-$22 million in Sebastian County, Weeks said. There will also be a projected total annual impact of $7 million-$12 million on the county’s gross domestic product and 286 full-time-equivalent jobs will be created in the county.

“We’re really excited to be able to have this kind of impact on the community,” Weeks said.

Alt said more than $38.6 million has been raised for the museum to date in cash, pledges and in-kind land donations. The museum has about $12.7 million left to raise in its capital campaign, with its current focus being to raise $8 million of that amount. The $8 million will allow production to start inside the facility, including galleries, interactives and exhibits.

The museum will be hiring the Minneapolis-based fundraising firm BWF to help secure the money, Alt said.

“This is important to note because in the past, the museum has hired national fundraisers, but never a firm,” Alt said. “This isn’t just one person. This is an entire company, firm, designated to helping us, a team of people.”

The museum also plans to hold an event late this year in Washington and is creating corporate, sponsorship and membership opportunities to go with its capital campaign, according to Alt. Officials hope to open the museum in late 2022.

Storm Nolan, a member of the Advertising and Promotions Commission, asked Alt and Weeks how they saw the commission helping the museum. Alt said she and Weeks spoke with Tim Jacobsen, executive director of the Fort Smith Convention and Visitor Bureau, about next steps with the commission.

Jacobsen said the museum is definitely an asset for the bureau to use in its selling process of the “overall experience of Fort Smith.”

“We’re extremely excited to be part of … that experience that we will be out there selling, and we’ll continue the conversations as we get through covid and figure out budgets and those types of things,” Jacobsen said.

The museum is at 789 Riverfront Drive on the Arkansas River. Construction on the main museum building, which is about 53,000 square feet, was completed in January 2020.

Fort Smith voters rejected a proposal in March 2019 to levy a nine-month, 1% sales tax to pay for completion of the museum. 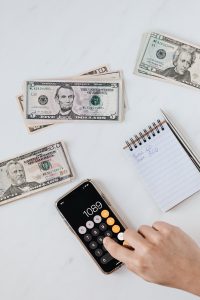 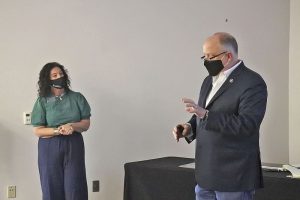