Unemployment in Arkansas Drops to 6.2% in October

The unemployment rate in Arkansas dropped by a full percentage point in October, from 7.2% in September to 6.2% last month. 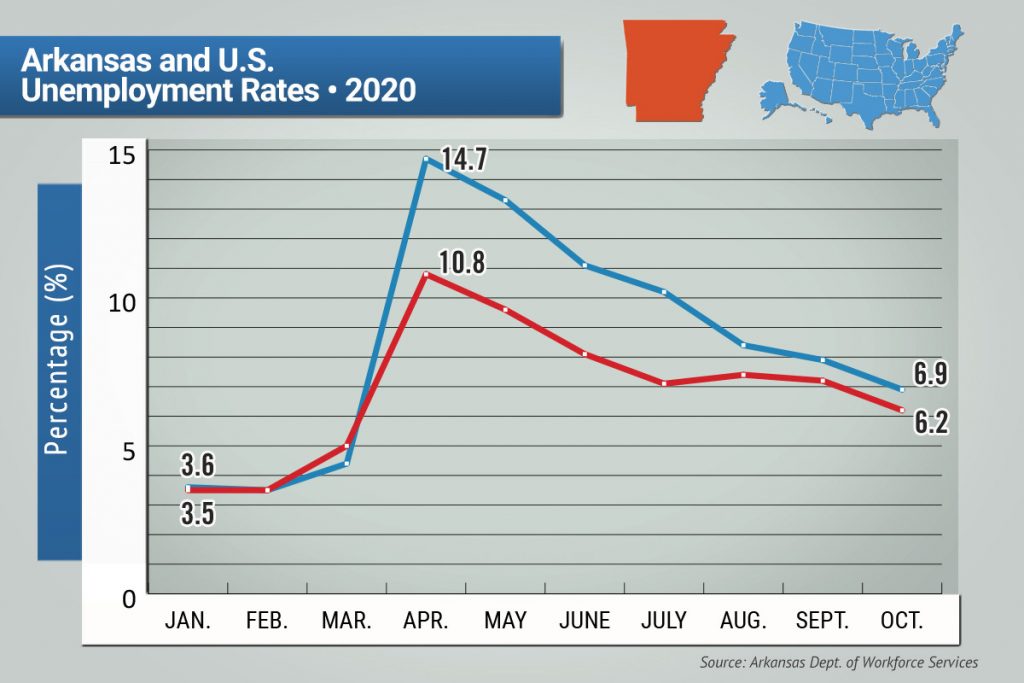 “The decline in October resumes a downward trend that appeared to have stalled in August and September,” Michael Pakko, the state economic forecaster, said on his blog, arkansaseconomist.com. “However, weekly data on unemployment insurance claims suggest that although the trend toward lower unemployment had slowed in late summer, it has continued. In that respect, the leveling-off in the official unemployment rate in August and September appears to be the anomalous reading.”

Pakko is the chief economist at the Arkansas Economic Development Institute at the University of Arkansas at Little Rock.

Read the full story on the Arkansas Business website.